STI EXPO is the successor of Technoprom 2017, which is held annually in the Novosibirsk Expo Centre.
The exhibition’s concept was first approved by Act of the Government of the Russian Federation (Order dated October 4, 2016. No. 7517p-P22).
The main purpose of the exhibition is to foster the Russian economy’s global economic leadership by presenting the breakthrough results in the scientific, scientific and technical, and innovative sphere and to facilitate the implementation thereof.
OBJECTIVES OF THE STI EXPO

On October 3rd, the Government of the Russian Federation approved of the Concept of Technoprom-2017, the Fifth International Forum of Technological Development, and of the STI EXPO, an exhibition held traditionally within the framework of the forum.
The fifth, milestone Technoprom, an international forum of technological development, is to be held on June 20-22, 2017 at the Novosibirsk Expocenter International Exhibition Complex in Novosibirsk. The main objective of the 2017 event is to elaborate proposals to increase the competitiveness of the Russian economy against the backdrop of the “new industrial revolution.” The event has therefore been called “The New Industrial Revolution: Discovering the Future.”
The Fifth International Forum of Technological Development Technoprom-2017 will be held over three days:

Per tradition, the Eleventh Siberian Venture Fair, an Expert Symposium called “The Foresight of the New Industrial Revolution: the Challenges, and Advantages”, as well as “STI EXPO” will be held within the framework of the forum with the aim of facilitating the development of the leading organizations of the Sixth Wave of Innovation.
The forum organizers are as follows: the Government of the Russian Federation, the Council of the Military-Industrial Commission of the Russian Federation, the Government of the Novosibirsk Region, and the Siberian Branch of the Russian Academy of Sciences.

Company Cloud4Y (LLC “Flex”) started its activities in the provision of cloud services in 2009. Over the years, the company is a regular sponsor special events (forums, conferences, exhibitions) on the cloud technologies and business development with the use of cloud technologies.In 2013 the company entered the top 10 largest SaaS providers Russia. In the same year the company took 3 Cloud4Y among cloud providers of third-party products version Cnews Analytics.

PENOPLEX company is a large Russian manufacturer of construction, decorative and finishing materials on polymers basis. The company began its activity in 1998 starting with launching of the Russia’s first production line to manufacture heat-insulating materials made of extrusive expanded polystyrene under the PENOPLEX® trademark.
The structure of “PENOPLEX SPB” LLC includes divisions which are engaged in production and production sale in different directions:

PENOPLEX company owns eight production sites, seven of which are located in the territory of Russia: in Kirishi, Novomoskovsk, Novosibirsk, Perm, Taganrog, Cheremkovo, Khabarovsk. And one plant is situated in the Republic of Kazakhstan. Production made on PENOPLEХ plants, is in the markets of all regions of Russia, CIS countries and in Europe.
In 2007, PENOPLEX ® became a pioneer in production organization in Russian territory of a new generation of waterproofing materials – polymer coatings.
PLASTFOIL® is the first waterproofing polymer membrane produced in Russia using the extrusion method, which makes it possible to achieve the best consumer uses of this material. The main application areas of PLASTFOIL® PVC membrane include: waterproofing roofs, underground structures and tunnels, artificial reservoirs, pools, and containers and tanks for liquid storage.
The PENOPLEX Company plant in Kirishi, Leningrad region is equipped with the most modern European production lines of the latest generation. Its own certified laboratory provides superlative quality control at every stage of the production cycle. PLASTFOIL® waterproofing materials are also tested for quality according to the Russian GOST standards and European EN standards.

2017.04.24
Hela nyheten »
Working Group for Cooperation in the Space field of the Russian-Swedish Steering Committee on Trade and Economic Cooperation 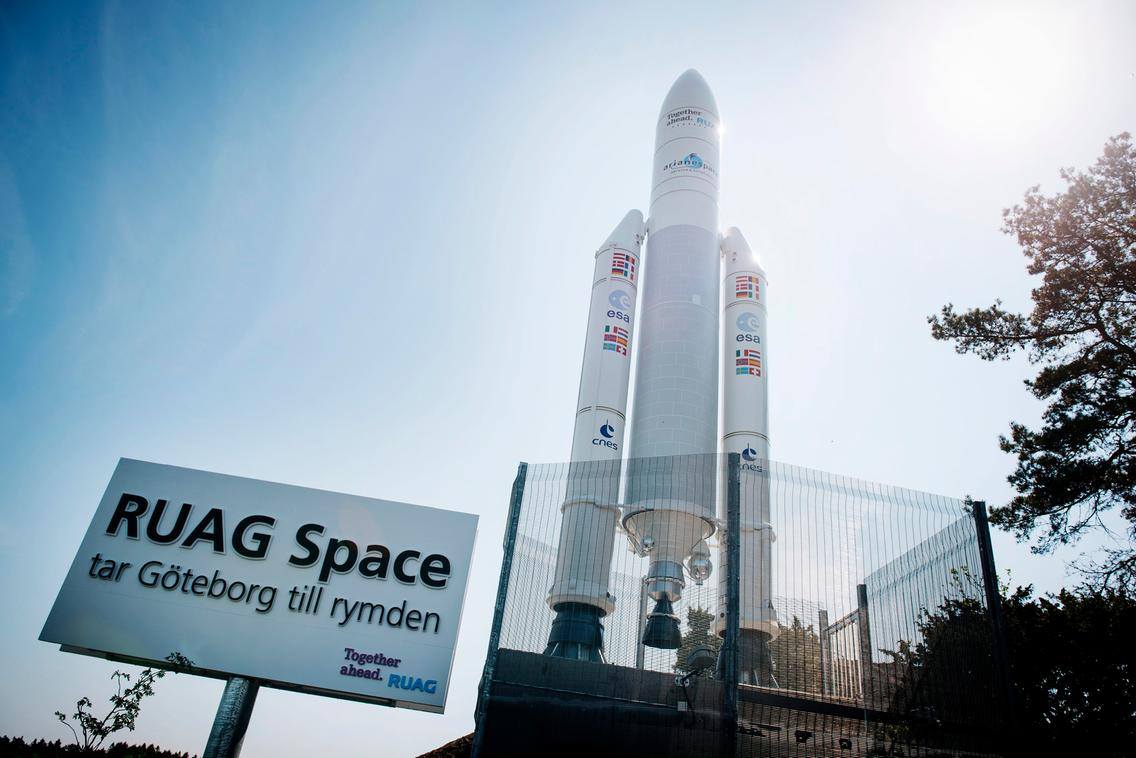 On the 18th of April in Göteborg was hold a meeting in frames of the Working Group for Cooperation in the Space field of the Russian-Swedish Steering Committee on Trade and Economic Cooperation. The meeting was chaired by Director of the International Cooperation Department of the Russian State Corporation “Roskosmos” N. Lokteva and CEO of the Swedish National Space Board O. Norberg.
The parties discussed issues of cooperation between the countries in the field of space, including deployment of ground-based measuring stations of the global navigation system GLONASS in Sweden, as well as the launch of Swedish scientific satellites using Russian Soyuz rocket carriers. The meeting was also attended by Deputy Trade Representative of the Russian Federation in Sweden V. Frolov, Consul General of the Russian Federation in Gothenburg V. Barabanov, representatives of the Russian company “Glavkosmos” and Swedish companies “RUAG Space” and “GKN Aerospace Engine Systems”.
Next meeting will be hold in Russia in 2018.