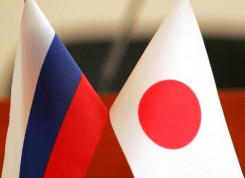 Japan was granted the status of Partner Country of INNOPROM-2017. Over 150 Japanese industrial companies and approximately 500 delegates representing the business community and government officials, including 20 heads of large national companies, have participated in the exhibition. 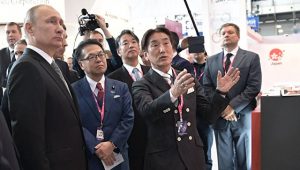 The Japanese national exhibition spanned over 4000 sq.m. that showcased the products of major national manufacturers, such as Fanuc Corporation, Yamazaki Mazak Corporation, Mitutoyo Corporation, etc.
Besides, at least 40 Indian companies took part in INNOPROM-2017. They presented products of industrial engineering sector. Companies occupied the area of 432 sq.m. Thus, India’s exhibition will become the second largest after Japan’s exhibition- the partner country of the exhibition this year.
Participation of India in INNOPROM is supported by the Ministry of Commerce and Industry and Engineering Export Promotion Council of India (EEPC India).
India was the partner country of INNOPROM-2016. Its national exhibition of 115 companies became the largest exhibition of this country in Russia in recent years. As part of the Indian delegation, there were more than 400 officials and business representatives, including the Minister of Commerce and Industry Nirmala Sitharaman and the chief ministers of three largest states of India (Andhra Pradesh, Maharashtra and Rajasthan). The key event of INNOPROM-2016 was the Russia-India Business Forum on “Russia-India: new industrialization and industrial cooperation”.
Foreign partners from Europe, the Gulf countries, Asia, and the U.S. expressed their interest in the upcoming event. In particular, the German Government put INNOPROM on the official international event participation program for 2017. 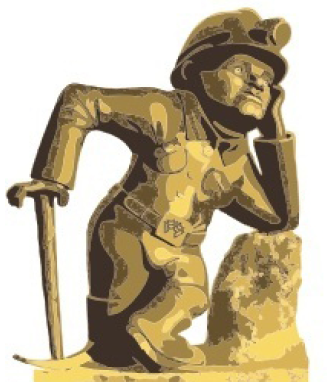 The VII annual International Conference “Mining Industry in the Barents Euro-Arctic Region: View to the Future” (IMIC BEAR-2017) which will take place in Kirovsk Town, Murmansk Region, Russia on the 16 – 17 of November, 2017
The Conference Topic: «Technological Re-Equipment of Mining Enterprises to Ensure Ecological Balance in the Arctic».
The Barents Euro-Arctic Region is a strategically important sector of the Arctic, rich in natural resources, which possesses a considerable technological, scientific potential and human resources. Good environmental practices in the conditions of sub-Arctic climate defines status of the Barents Region as the leader in development of mineral resources in the Arctic. 2017 is declared the Year of Ecology in Russia. The intensive development of the mining industry in the region opens new opportunities for economic growth, but at the same time causes environmental changes. Therefore, one of the most important tasks of the mining industry is to ensure ecological balance in the Arctic.

The Udmurt Republic is one of the rapidly developing and investment-attractive regions of the Russian Federation with great potential for innovation and big competitive advantage.
The republic’s enterprises, along with military equipment, produce equipment for nuclear power plants, telecommunications systems for space, sporting and hunting weapons, communications equipment, radio electronics, medical equipment, oil and gas equipment, food products and so on. All products manufactured in Udmurtia are known for being high quality, reliable, innovative, environmentally-friendly and much in demand in home and foreign markets.
The Udmurt Republic is always open to new ideas and technologies and committed to boosting foreign economic activity. We support the existing exporters and help new companies to promote their products in the world markets.

JSN “NPO Protect” – one of the largest manufacturing enterprises in the market of polymeric materials of Russia.
The company manufactures the polymeric production with high performance characteristics. Therefore all let out products are actively applied in such fields as construction, laying and repairing of roads, agriculture, landscaping.
We produce and realize high-quality geotextiles, geocells, geogrids for road stabilization, plastic nets for home and garden, signal and protective tapes, road cones and precautionary protections.
Our products can be obtained in large and small cities of the Russian Federation, such as Krasnodar, Samara, Novosibirsk, Yekaterinburg, Perm, Ufa, Chelyabinsk and more than 20 other cities where the JSN “NPO Protect” branches are opened. The main office of the company settles down in Pereslavl-Zalessky. The network of our representative offices covers not only all regions of the Russian Federation, but also Ukraine and Kazakhstan. 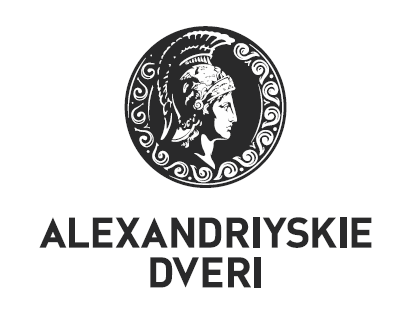 «Alexandriyskie dveri» is a company with outstanding past and equally promising future. The company is known by its classic and modern interior doors all across and outside the country for 20 years already. Diversity of coating, models and types of glazing enables us to meet all kinds of clients’ and their designers’ wishes. High quality of our products has become unreachable benchmark for other manufacturers in door sector long time ago. Italian and German high-technology equipment, spacious shops, fully-automated technological processes and professional team with great experience. The company «Alexandriyskie dveri» not only produces door sets but also sells associated goods (fittings, glass) and services.